Ten camera locations are being proposed along the main drag in the core area, staff says
Jun 10, 2021 3:28 PM By: Mehreen Shahid 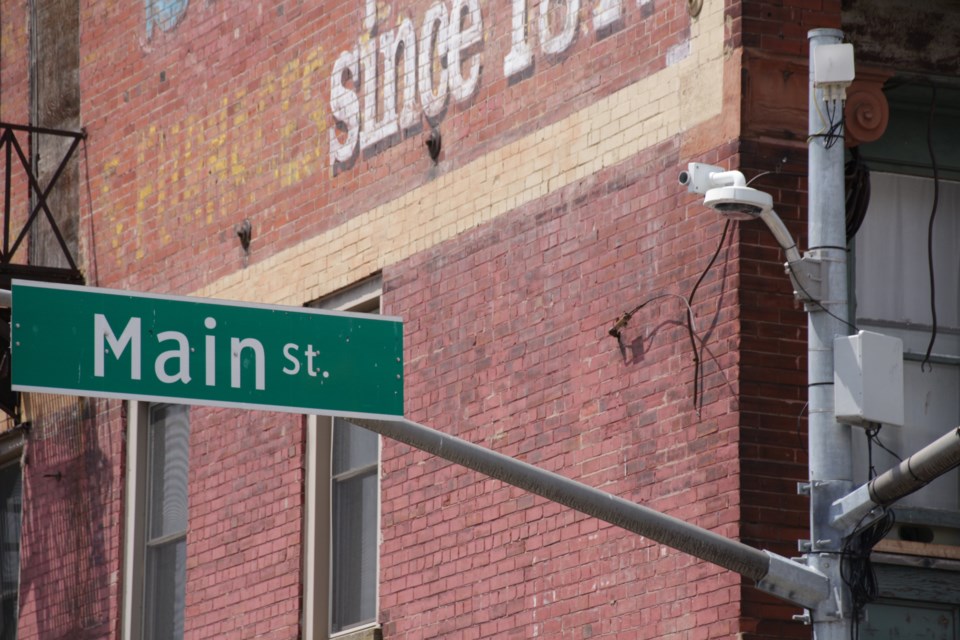 A security camera at a Main Street intersection in downtown Cambridge.Mehreen Shahid/CambridgeToday

Another one of the city's core areas could receive security cameras this summer.

After the completion of phase one, which saw 10 cameras installed in downtown Cambridge, another 10 are now being planned for Preston's core.

"We've never done any cameras in Preston before," he said. "It will be significantly different than what was done before."

McWilliams explained that it was easier to do the Galt cameras because the radio antennas are on Old City Hall in the clock tower.

"Preston doesn't have that," he said, adding the consultant that has been hired will have to figure out to how to relay the signal to the home base in downtown.

The majority of the proposed camera locations, McWilliams said, will be on King Street at Argyle Street, Westminster Drive, Church Street, Lowther Street, and Dolph Street.

These are subject to change depending on the conditions at the location, he added.

"Energy Plus might say they don't have utilities there," McWilliams said, adding, "none of the locations are confidential. We hang signs up so people know they're there. The intention is not to keep track of people but only to assist the police if there's a crime."

The existing cameras in downtown Cambridge have come under scrutiny by the privacy commissioner.

This privacy complaint was sent to the Information and Privacy Commissioner (IPC) in July 2018, a couple months after the cameras were first installed, a city communications representative wrote in an email to CambridgeToday. The investigation is currently ongoing.

"The IPC’s intent with this investigation was to determine whether the City’s video surveillance program is in accordance with the ACT (Municipal Freedom of Information and Protection of Privacy Act), and whether it was consistent with the principles and best practices set out in the IPC’s guidelines for the use of video surveillance," reads the correspondence from the city.

A new policy is now being drafted for the camera surveillance system.

The email also indicates that the city's clerks department has told the IPC that the city will implement all recommendations made by the commissioner. The updates, says the email will be brought to council in a future report.

The city is also conducting a privacy impact assessment, the results of which will be incorporated into the camera surveillance policy.

"The IPC is helpful," said McWilliams. "Some of their requests are to make sure privacy is respected. They have their job to do and that's understandable. That's why we have to make sure where our cameras are pointing."

The cameras, he said, are not monitored, but a recording is maintained for a certain period of time, in case a request is made by the police.

"This was put in to assist the police with investigations," McWilliams said, stressing the point that "Nobody is looking at shoppers or keeping track of where anybody lives."